Sporting News
The Celtics buried 18 more 3-pointers than the Bucks to decide the outcome of Game 7. 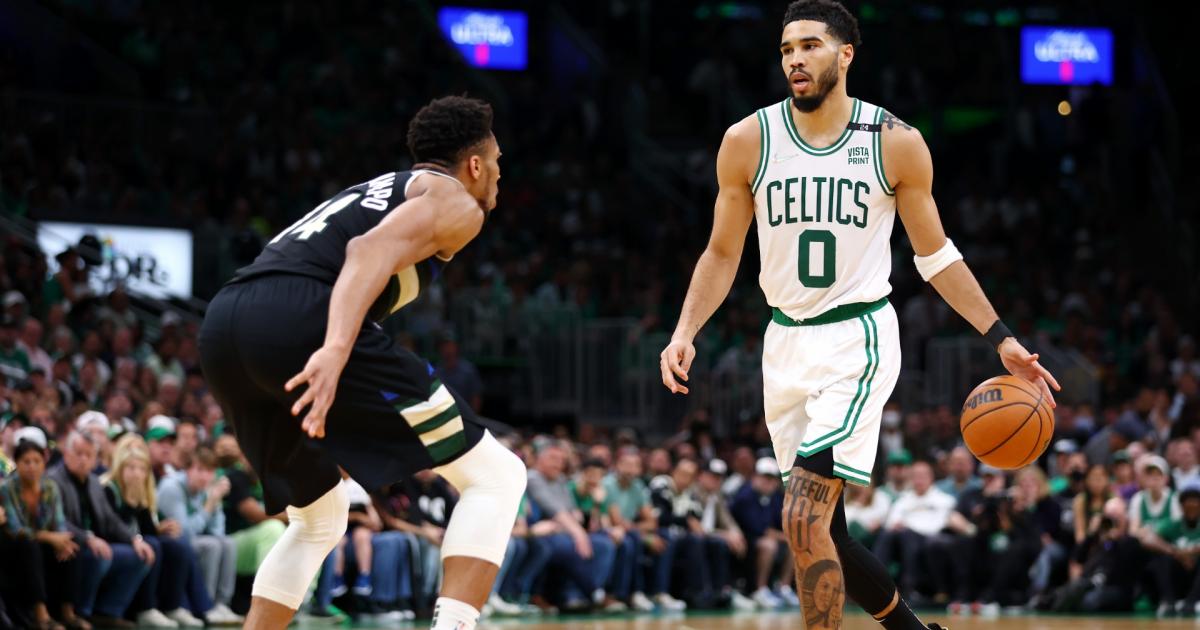 There will be a new NBA champion this season.

The Boston Celtics defeated the Milwaukee Bucks in Game 7 behind a 3-point shooting barrage that saw the Celtics knock down 18 more 3-pointers than the Bucks.

Grant Williams was the surprising star of the game, burying seven 3-pointers on 18 (!) attempts to tally a game-high 27 points. Giannis Antetokounmpo did everything he could to keep the Bucks' title defense alive, going for 25 points, 20 rebounds and nine assists, but the Bucks couldn't overcome the 3-point shooting deficit.

If you missed any of the action, The Sporting News had you covered with live updates, highlights and more from Game 7.

6:18 p.m.: The Celtics blew the game open in the fourth quarter, coming away with a 28-point win over the defending champions.

Grant Williams – yes, Grant Williams – led all scorers with 27 points and seven 3-pointers, while Giannis Antetokounmpo went for 25 points, 20 rebounds and nine assists. The Celtics knocked down 22 3-pointers while shooting 40 percent from range, setting a Game 7 record for 3-point makes and attempts (55).

Jayson Tatum also poured in 23 points, while the Bucks didn't get much production from anyone outside of Antetokounmpo. Brook Lopez had a big first half but made little impact in the second half, while Jrue Holiday finished with 21 points on 21 shots.

5:45 p.m.: The Celtics continue to let it rain from 3, up by 19 points with an 87-68 lead but Giannis Antetokounmpo has just hit a legendary milestone. Antetokounmpo has become the first player in NBA history to tally 200 points, 100 rebounds and 50 assists in a playoff series.

Giannis Antetokounmpo is the first player ever with 200 points, 100 rebounds and 50 assists in a single series pic.twitter.com/nuLx85wUkH

5:39 p.m.: The Celtics lead by 15 points heading into the final frame behind 22 points and six 3-pointers from Grant Williams. For a "how is this real" statistic, Williams has tied Stephen Curry for most 3-point attempts in a Game 7 (15) after three quarters!

He leads the Celtics in scoring, while Giannis Antetokounmpo has 23 points, 18 rebounds and nine assists for the Bucks.