Irish Examiner
Share on FacebookShare Share on TwitterTweet
Two great days of racing in Fairyhouse for its winter festival, and Gringo D’aubrelle can make his fitness count against Adamantly Chosen 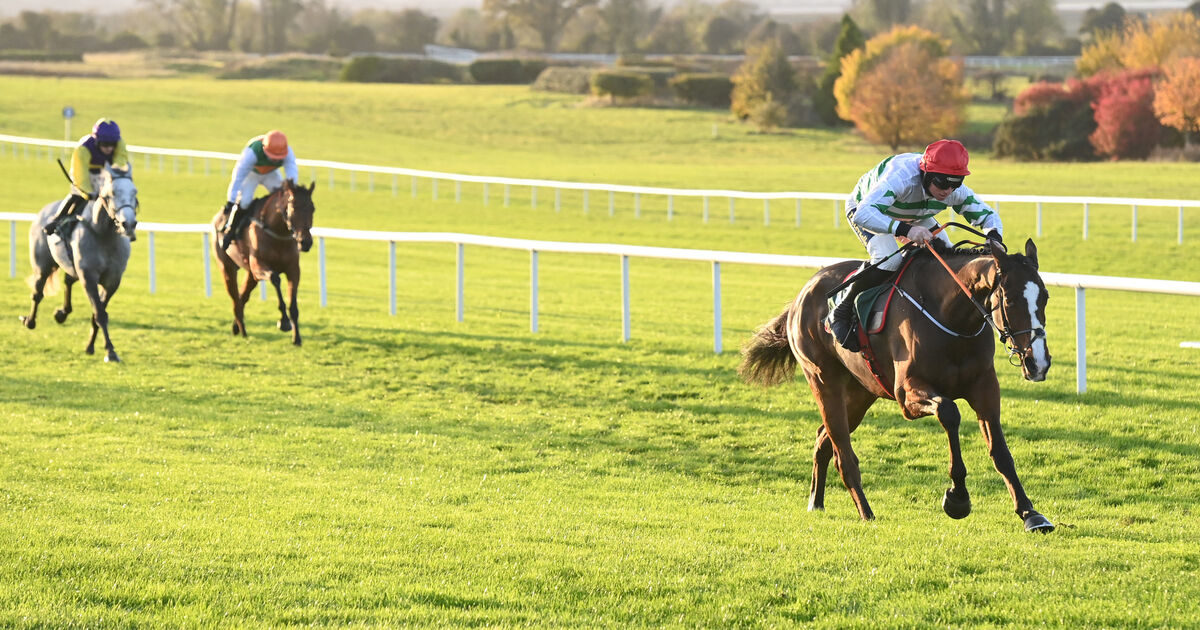 Two great days of racing in Fairyhouse for its winter festival, and Gringo D’aubrelle can make his fitness count against Adamantly Chosen when they clash in a fascinating first division of the St Peter’s Dunboyne GAA Maiden Hurdle.

Winner of his only outing in a point to point, he was well beaten in heavy ground on his track debut in a bumper but well backed to get off the mark on his hurdling debut in Galway. On that occasion, he was no match for Blazing Khal but what looked a shade disappointing at the time does not read quite the same now as the winner followed up in a Grade 2 Novice Hurdle at Cheltenham.

After the Galway run, Gringo D’aubrelle was put back in a bumper at Navan and he ran away with the race. That performance suggested he was ready to fulfil his early promise, and he can get off the mark over timber today.

Adamantly Chosen is bound to be popular on his seasonal debut. Willie Mullins’ runner had his only outing to date in the four-year-olds’ bumper at the Punchestown festival and he came out on top in a good finish.

The second, third, fourth, fifth and seventh from that race have all since won a bumper (four of them in Britain) and clearly that makes Adamantly Chosen a seriously exciting prospect. If there is one minor concern, it is that some of his stablemates are looking in need of their first runs and, with this being such a good race, it is possible he will be vulnerable.

The opening race is the Jim Ryan Racecourse Services Beginners’ Chase and Max Flamingo can make it third time lucky over fences. Last time out, Francis Casey’s runner contested a beginners’ chase over course and distance and really excelled himself to finish a close third behind Gabynako and Fury Road, both of which contest the Grade One novice chase here tomorrow.

He gave the impression there was more left in him at the end of that race and, in this easier contest, he must play a leading role. Another which must be included in the reckoning is Dewcup, who had Torygraph behind when runner-up to French Dynamite on his chasing debut. Twice a winner in bumpers and over hurdles, he should not take long to make his mark in this sphere.

Tomorrow’s card, with three Grade Ones, is a superb programme and the highlight is the return of Champion Hurdler Honeysuckle in the baroneracing.com Hatton’s Grace Hurdle. Unbeaten in all codes, she is bidding for a third straight win in this race. It could be argued that she was at her least impressive when winning here last season but, as is her wont, she found a way to repel all challengers. She is every inch a star, and a defeat for her would put a dampener on tomorrow’s proceedings. Fortunately, that is most unlikely.

My Mate Mozzie is in superb form and can complete his hat-trick over hurdles in the baroneracing.com Royal Bond Novice Hurdle. For this, his sixth career outing, Gavin Cromwell’s runner will have his sixth different jockey, but that is of little concern as he is quite straightforward. Not the biggest of horses, he has a smashing jumping technique and possesses pace in abundance. Darragh O’Keeffe, who is also in superb form, is likely to be positive aboard him and if he can hold something in reserve for the homestraight, it will take a top performer to get by him.

The baroneracing.com Drinmore Novice Chase is more open than the betting might suggest and a chance can be taken on Midnight Run getting off the mark over fences. While being a maiden in Grade One company suggests he has a mountain to climb, Joseph O’Brien’s horse had some top-class form in bumpers and over hurdles, and a couple of his runs over fences match the best of what is on offer today.