DUBLIN SINGER-SONGWRITER James Vincent McMorrow has taken to the stage at the first ‘pilot’ live music event in Dublin’s Iveagh Gardens this evening.

Special guest Sorcha Richardson was first to perform when the gig kicked off at 7pm, with McMorrow taking to the stage at 8pm.

There were just 500 tickets sold for this evening’s gig, which sold out in just a half an hour last week.

Given the demand for the event, the National Concert Hall is making the gig available to view online for free here. 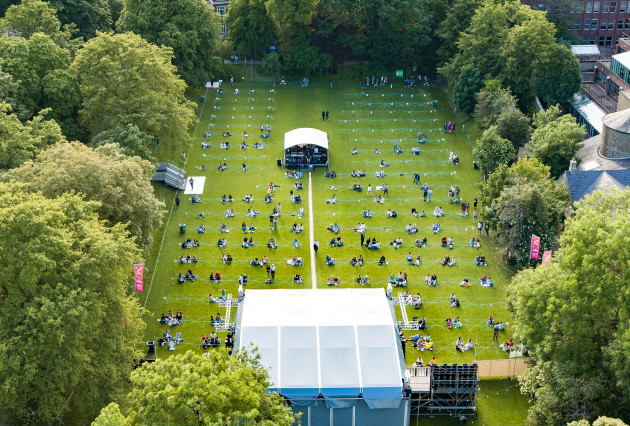 Tickets for the event were sold in “pods” of up to four people, and are standing-only.

The National Concert Hall has said that it has implemented a range of control measures to ensure the protection and safety of performing artists, staff, and customers.

Speaking to The Journal at the gig this evening, one concert-goer, Amy, said she couldn’t believe she got tickets.

“I just refreshed [the website] at the right time I think. I absolutely couldn’t believe it, I was thrilled,” she said.

Gig-goer Josh said it has felt like “there was no light at the end of the tunnel” and that “it’s great” to be at this evening’s event.

“I think the last few weeks with the weather and things were reopening, there’s been a lot more positivity. It’s a nice first step back to normality,” he said. 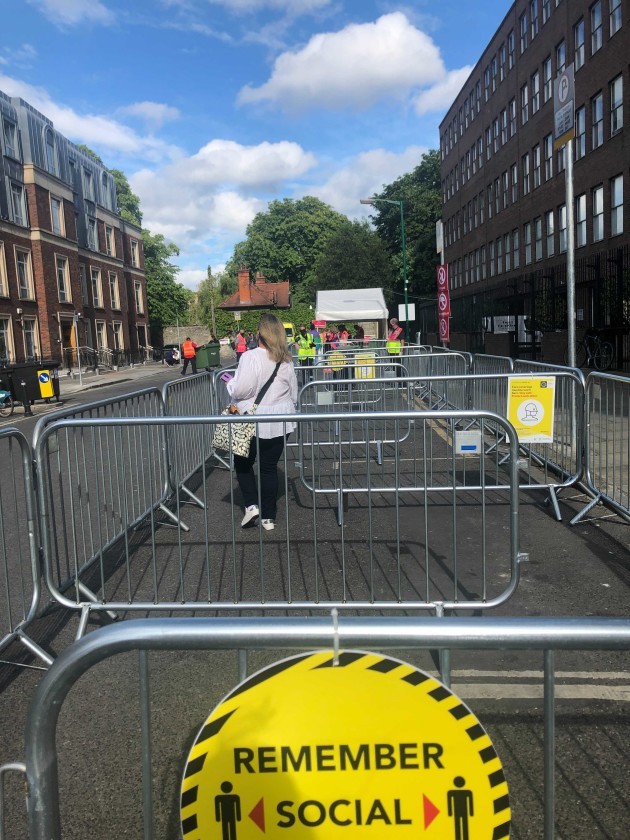 The entrance to the Iveagh Gardens this evening Source: Aoife Barry/The Journal

In relation to the staggered access time, another gig-goer Hannah said it’s a “good idea”, adding that she “just walked through” and there were no queues.

“We’ve felt safe up until this point so hopefully it will all be good for the rest of the evening,” she said.

Speaking to TheJournal.ie this evening, Minister for Tourism, Culture, Arts, Gaeltacht, Sport and Media Catherine Martin said it was “really exciting” to be able to attend such an event.

#Open journalism No news is bad news Support The Journal

“The fact that the sun is shining as well, and it was emotional coming in, scanning the ticket,” she said. “Most of all I feel for the performers, for the backstage crew, for the event organisers and well done to the National Concert Hall.

“This is a really significant, symbolic moment for the music industry and I’m determined to get them back up and running.”

Last month, the Government announced a series of pilot music and sport events that will take place in June and July, including indoor performances and a nightclub event.

The events include an opera performance in the University of Limerick on 23 June, an outdoor music festival in the Phoenix Park on 26 June and a comedy gig in Vicar Street on 3 July.

Christy Moore is set to play at one of the first indoor gigs in Ireland this year at a pilot event at the Gleneagle INEC on 26 June. Tickets sold out for the gig in just four minutes today.

Additionally, several sport matches and events have been given the green light under the pilot scheme.

The largest of these is the Camogie National League Finals in Croke Park on Saturday 20 June with a capacity of 3,000.

- With reporting by Aoife Barry, from Iveagh Gardens.